OOhyes Reflects on a Momentous 18 Months 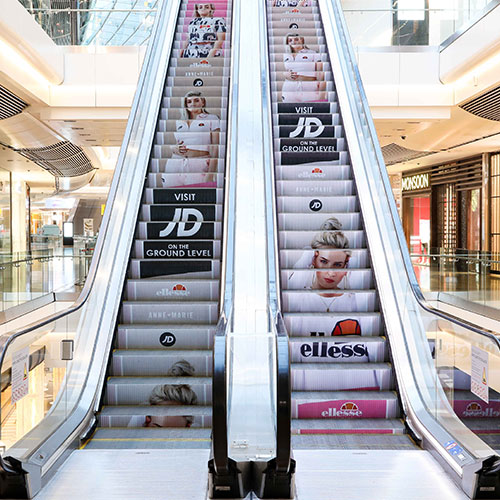 Big wins, media firsts and a concerted period of growth: it’s been a big 18 months for OOhyes.

As the UK’s only independent digital out-of-home specialist, we’ve now developed a unique network comprising of 246 media owners across the country. To say this has kept us busy is an understatement.

Indeed, having partnered with a raft of great brands – including Amazon, Ellesse, Hugo Boss, Oris and Protect Your Bubble – over the past year and a half, the need to expand our team was acute. We’re delighted to now have a full-time OOH expert managing day-to-day operations, with heavy investment in planning and audience analysis tools allowing us to be more efficient in how we handle an ever-increasing workload.

Supporting brands across all sectors

This momentum equates to an average of two new client wins every month, with our success stretching across a plethora of sectors: including fintech, gaming, sports, theatre, music, luxury, insurance and government.

One particular source of pride is our specialism in working with start-ups, SMEs and crowd-funded initiatives, such as the wildly successful, Cannes-nominated Led by Donkeys. Providing support in this field is a hugely rewarding venture for OOhyes, as it permits us to flex our creative muscles as one half of a partnership that relies on thinking outside the box. As a challenger in our own market, we enjoy teaming up with exciting entrants in other sectors.

Our commitment to offering media neutral planning tailored to the specific needs of the client has, in turn, led to the development of campaigns that stand out for their dynamism.

Zip Fires, for example, targeted shoppers from Wednesday to Friday during the hot summer months with a ‘BBQ pack’. The aim: to gently coax the public into that BBQ-in-the-garden mindset.

Similarly, Protect Your Bubble worked with OOhyes to execute a tactical out-of-home campaign targeting students during Freshers’ Week at a selection of universities and bars across the UK. Digital screens promoting the company’s gadget insurance policies were supplemented with branded beer mats.

Then there was Electroneum, the revolutionary cryptocurrency that is simplifying the mining of coins through an easy-to-use app. In another world first, the campaign was bought and paid for entirely in cryptocurrency! All assets were delivered remotely to the designated sites, and precisely targeted at audiences central to the campaign brief with near-instant speed.

Ellesse, too, has capitalised on our bespoke planning capabilities; selling stock off the shelves in marquee stores nationally and in key overseas cities. The campaign also delivered a media first centred on Westfield’s escalators.

Chris Harmon, director at Motion Icon, specialists in escalator step branding, said: “It’s been great to work with the planning team at OOhyes. The team are always proactive, open to new media formats and media agnostic with their recommendations – something I like to refer to as an ‘ethical OOH specialist’.  The Ellesse campaign was a great campaign for us.  This was the first campaign that ran at London’s Westfield and would not have possible without the proactive approach OOhyes team showed from the start in embracing this fantastic product.”

Back in the dying embers of last year, OOhyes committed to making 2019 the year that we take the agency down a global path. Foundations have since been laid – and worldwide partnerships formed – with trips to, first, the last ever Fepe conference in Dubai, and then an out an out-of-home congress with partners in the US, where scouting was done on a number of fantastic OOH and DOOH sites. We are currently in the midst of planning out-of-home campaigns in Singapore, Ibiza, New York City, Miami, Chicago and San Francisco for several of our clients.

We also have our eye on emerging markets in Africa, India, Russia and Latin America – regions that offer huge growth potential for brands – with both Ellesse and Amazon now live in multiple international cities. We expect to bring more of our clients to a global audience in the coming months.

All of this points to one clear conclusion: these days, OOhyes is more than a media buying specialist.

We’ve worked hard over the past 18 months to build an ecosystem that includes branding creation, dynamic creative development and post sales reporting on campaign delivery. These new business verticals allow us to offer a more holistic service that fits snuggly within a brand’s wider vision. We’re both a strategic and creative partner, fully equipped to supply the joined up thinking that modern brands require.

Get in touch to find out more about OOhyes.